A bright fireball was spotted spiralling down from the heavens over the Cambridgeshire area earlier this week.

The impressive spectacle, which appeared like a large ball of flame streaking across the sky, was photographed by local resident Gerry Underwood who had been outside with his partner at the time.

“It wasn’t moving quickly at all. I’m pretty sure it wasn’t a meteorite because they are gone in seconds. We have seen hundreds of shooting stars but this definitely wasn’t that either.”

“This was coming down very slowly and spiralling. It started to glow orange as you can see in the pictures. There were flames coming out of the back of it as well. It was really unusual.”

The phenomenon was spotted by several other witnesses as well.

“I saw the same event,” said Nigel Sullivan from Leicestershire. “I saw an object passing completely through the cloud formation on Wednesday evening.”

Possible explanations for the sightings vary from the contrails of an aircraft illuminated by the Sun to a meteor or piece of space junk burning up as it re-enters the atmosphere.

“The sheer size of it is what’s got me,” said Underwood. “When you look at the pictures, they show the trees in the foreground and it’s way beyond that, it was very big.”

“It landed beyond the horizon, that’s how big it was – we couldn’t see it land.” 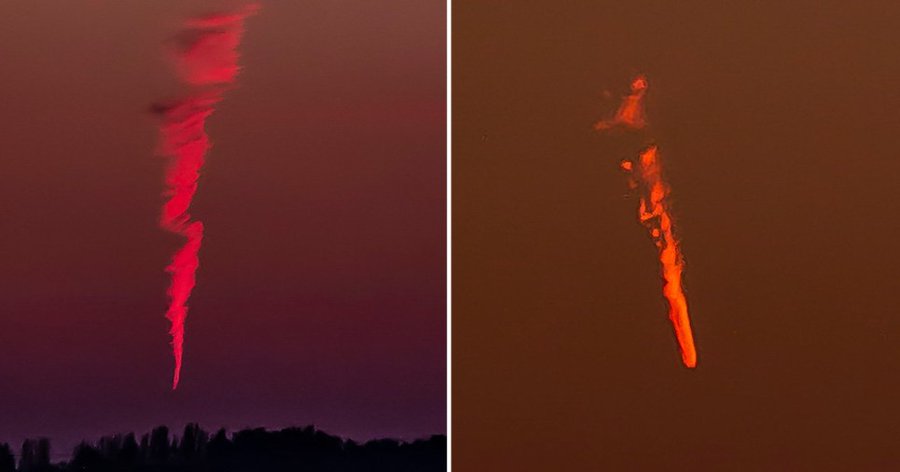