A recently distributed image of a UFO captured from a US fighter jet may have a rather mundane explanation.

The photograph, which emerged earlier this month, was reportedly taken by the backseat weapons systems operator of an F/A-18 fighter jet using their personal mobile phone somewhere off the east coast of the United States in 2018.

It shows an unidentified silver shield-shaped object that is unlike any known conventional aircraft.

Labeled ‘Unclassified and For Official Use Only’, the image was consistent with other leaked reports about an unidentified silver ‘cube-shaped’ object spotted hovering motionless over the ocean.

But is this really an official photograph of a UFO or is there some other explanation ?

Keen to get to the bottom of the mystery, amateur sleuths on social media have spent the last two weeks analyzing the image and scouring the Internet for possible answers.

It wasn’t long before someone found something that seemed to be identical in shape to the mystery object – a novelty mylar Batman balloon.

You can check out a promotional image for the product below – could this be a perfect match ?

While some remain convinced that it is, others aren’t so sure – noting that a small helium balloon would have been next to impossible to photograph from a fighter jet using a mobile phone at 35,000ft.

What do you think – has the mystery been solved ? 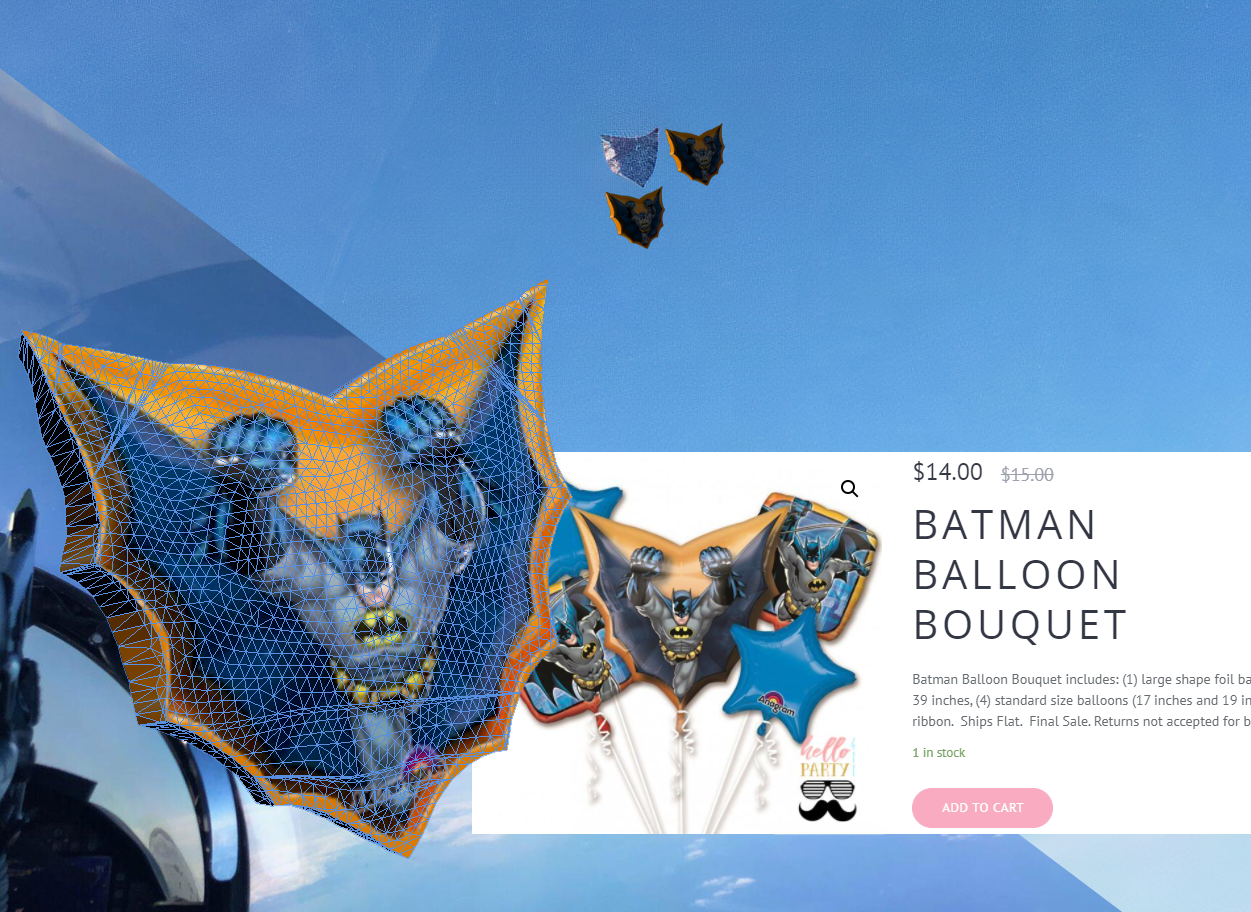 Another Rendlesham UFO photo has emerged