A recent Freedom of Information Act request has highlighted just how many files are still held by the US government.

Best known for his work providing access to declassified government files through his website ‘The Black Vault’, John Greenewald Jr. recently made a request to the Barack Obama Presidential Library for any files or documents that it might have pertaining to the UFO phenomenon.

When he received a letter back on March 10th, he admitted to being ‘floored’ by the response.

The files reportedly include documents, photographs and videos.

“If true, I am absolutely floored the Obama Presidential library has that,” wrote Greenewald Jr.

There is a catch, however, as he also found out that – for reasons that remain unclear – it would take 16 years to process the request to make all these files available.

“It took the wind right out of my sails of excitement,” he wrote.

Whether it will be possible to have the National Archives release a smaller selection of these files in the meantime, however, remains to be seen. 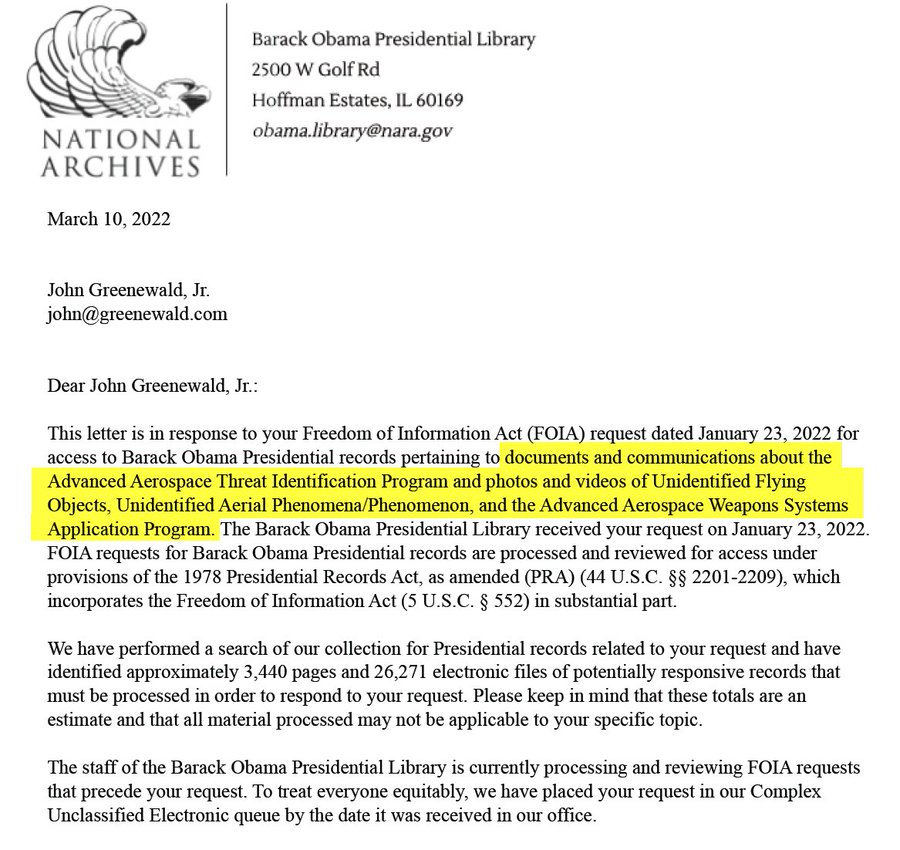