Added contrast to above screenshot to show UFO better, Below its original untouched. 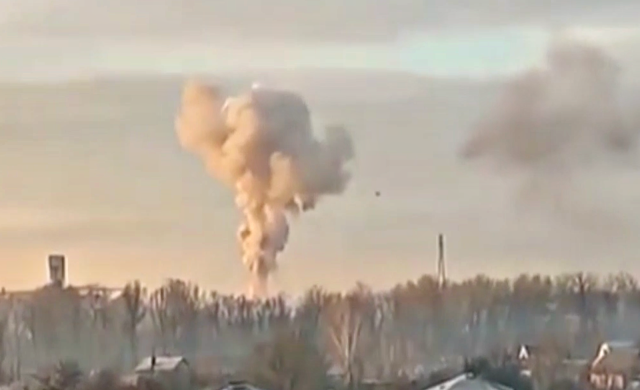 This video was taken from inside Ukraine from an apartment window as explosions were heard. I can hear the man ask several times, “is it a drone?” But even he has never seen such a huge wingless drone before, nor have I. This object is very strange, nothing like a drone, not a helicopter for sure…a helicopter holding still would be instantly targeted by rocket launchers on the ground. I see no wings, no propellers, no windows or doors, no exhasust. This thing is not from Earth. It’s an alien ship watching the war as it unfolds. Maybe the aliens are even helping in some way. Most likely not taking sides, but instead causing large missile weapons to stop working permanently. UFOs have been known to do that over nuclear missile silos at my old USAF base Ellsworth AFB in South Dakota, USA. It’s a show of who’s truly boss.

US government’s UFO report has been released