Wow! Check out this fantastic raw footage of some guys who were at work and noticed a black triangle craft moving slowly over the area. A friend calls out to them to come outside and check out the U̳F̳O̳ in the sky. When they get outside…they can\’t believe their own eyes. This black triangle object is moving in the sky, slowly, silently. This one is very far up and is twice the size of the average car. This looks really similar to the U̳F̳O̳ video recorded by the US Navy plane and released to the public in 2020. This is only 180 miles away from US President Jimmy Carters U̳F̳O̳ sighting at Leary, Georgia when he saw a U̳F̳O̳ when he was governor of Georgia back in 1969. That U̳F̳O̳ was time traveling…visiting a US president before he was president. So…I wonder…what if this is the same exact U̳F̳O̳…and its there to visit someone important, but at an easier point in their life? Maybe a future president in this video. 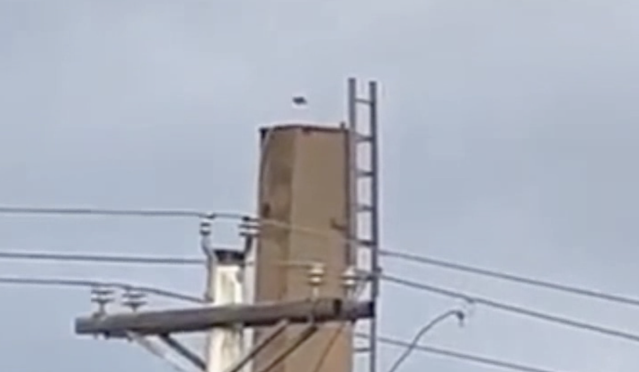 UfO spotted at work by my friend Nate, I started filming using a iPhone.The city is Calhoun, the state is Georgia. I’m just trying to find someone to analyze this video. The original is on my phone and it’s ever more bizarre when you zoom in on it.

Mystery object filmed in the skies over Wichita