The glowing object was seen over Norway yesterday. The object was caught shooting across the sky and at one point seemed to break into two balls before disappearing in the distance (seen in video). If this was a meteor you should have fallen. It\’s like gravity has zero effect on it. The object has its own propulsion in order to say that high without falling. Thats no meteor, thats a U̳F̳O̳! 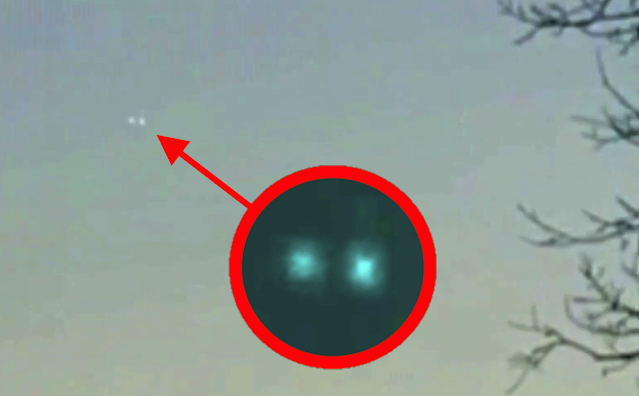 Filmed fireball over Alta: – It is conceivable that it has gone into space again Magnus Johnsen saw a green line fly across the sky, fished up his mobile phone and filmed it all. On Thursday around 2.25 pm, a fireball suddenly appeared on the sky, with a direction from north to south. Magnus Johnsen was standing at the exit from the House, opposite Alta upper secondary school, when he became aware of what was happening in the sky. – I was parked outside high school, and was really just sitting in my own world when I saw a green line come across the sky. I picked up the phone and started filming, says Johnsen. – What were you thinking when you saw this? – I really just thought “what is this every day?” And then that I had to film this. It came so low and at an insane speed too. So then I just had to film it. Reports have been received from several teams around the incident. Several took to social media with questions and to share their experiences and witness observations. Hans Idar Haldorsen also captured the fireball on film. He was in Peska when the dashcam in the car accidentally got the light phenomenon on film. Probably a meteor Kjell Bøen, head of the science and technology department at Andøya space center, is not aware of any activity that could shed light on what created the fireball over Alta on Thursday.