An unusual object was found on the Mars surface. Something that looks similar to something that may have fallen off a rocket, but it\’s clearly not part of the rover lander, because there are no rover tread marks coming from it. Instead the sand around it has ripples of bending and turning with the wind, but no tracks at all. Also there is no sign of other landing equipment. I have seen the landing craft of the rover and this is nothing like that. There have been many missions to Mars and this could be part of one of those craft, but the photo has no labels, no explanation and no notes at all. This very possibly could be a̳l̳i̳e̳n̳ technology found by the Mars Rover. 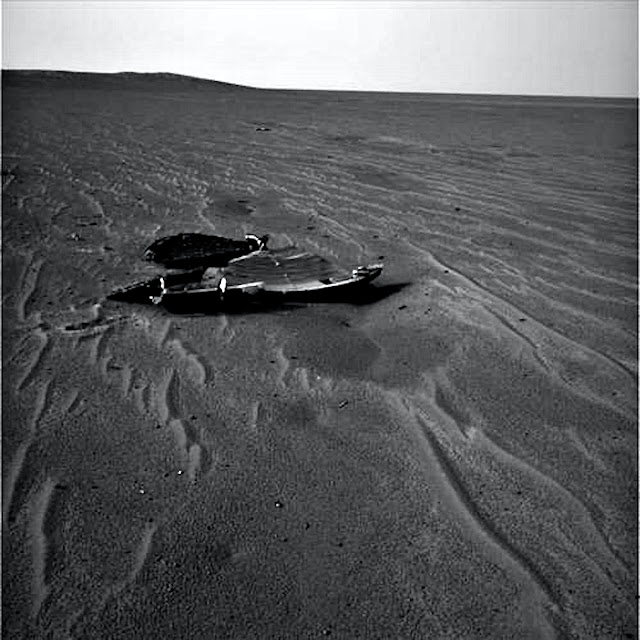 Below you see the rover looking at the debris but there is no tracks coming from the debris. 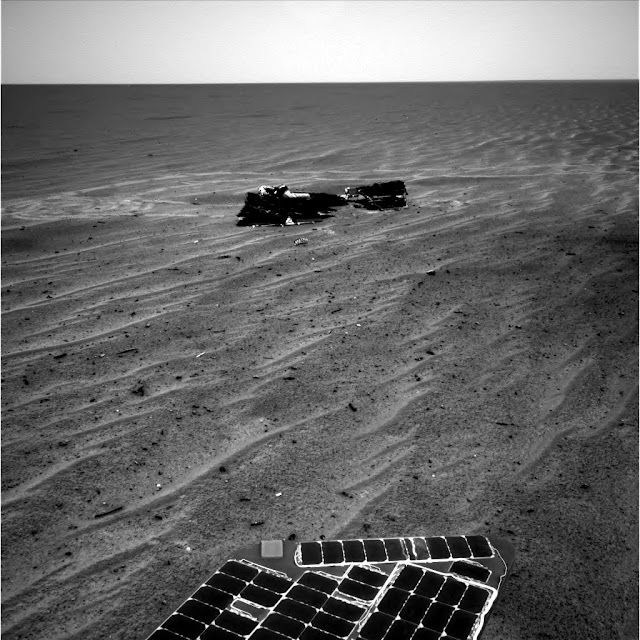 Mummified ‘Mermaid’ To Be Analyzed By Japanese Scientists